email Jamie@ImmersionHeaters.UK or
telephone: 07897 246779
telephone: 07897 246779
Work together, achieve more.
Together
Everybody
Achieves
More.
The only scarcity is created, so quit competing.
The only real Us & Them is Us, the 99.999% against the 0.001% who are ruling us & ruining our lives. How else could you possibly work half the year for the taxman? How else could a basic roof over your head cost 10x the average salary? How else could our life on earth be based on money, which is a convenient illusion?
—————————————-
That is my current best stab (8/11/21) at defining Collaborative Evolution, in as few words as possible, from a few different angles. I am very open to suggestions & improvements from other, more capable wordsmiths. It is an idea that has been percolating around my head for a few years now, and I gotta get it “out there” before I feel ready, as I will never feel ready. It is the culmination of some very diverse reading, research and diving down many & varied rabbit holes. And a result of a lifelong desire to learn & improve, thrown upside down by lockdowns, divorce and struggles keeping the wheels on my wagon, mental health wise. That is Target One for Collaborative Evolution, to develop a set of resources for blokes to help us survive in tough times. Im hoping to make it voteable/”like”-able, so that items that work for guys climb, while less effective strategies fall down the list, thus sorting the wheat from the chaff. ###edit 21/12/21 – In the spirit of Collaboration, my WebYoda, Damian, is struggling to find a way to do a voteable list, so if any visitors have such knowledge, PLEASE SHARE IT WITH US! ###
Serendipitously, the Universe just dropped this in my path, from one of the true, Jedi Masters who has helped keep me sane & moving forwards over the past coupla years. Eloquent, erudite and absolutely BANG ON THE MONEY.
This divided mentality has gotta stop. While we are arguing among ourselves, we are being led down a path to a totalitarian and polarised hell on earth.
Initially, this could just start as a list of companies and individuals who buy into this mindset. Then when you deal with these folks you will know what you are gonna get, which is very difficult to define, it’s just the opposite of getting screwed.
Coincidentally, most such folks really care about waste & the environment, in a tangible & proactive way, not the Green Agenda, private jetting round the world to talk about the problems, kinda way.
Serendipity also just bought a fone call from Matt, the rich & handsome farmer, pictured here…
https://weareconscious.co/our-story/
…who is definitely “part of the gang”. A proper Eco Warrior, making gin from wonky spuds destined for landfill.
We shall be collaborating.
And the Universe is determined to show me that this is the right thing to do, as I’ve just had an hour long call with my Irish Amigo Leo, who has sent me a Sourdough Starter kit through the post. I’m gonna make bread!
If you want to take Hipocrates advice, and “Let food be your medicine” go ahead & order a box of orgasmic, organic food, bought to you by real “co-op”eration in action…
https://www.farmacycoop.org/
…you can’t get more tangible & proactive than a not-for-profit social enterprise, which is far too succesful for it’s own good, keeps outgrowing it’s premises, and is currently putting together their formula to “Franchise for Free” the idea to like minded groups around the country. If you are in the Tamworth area, I may just be your delivery driver.
Also, it could also be a list of just plain, useful stuff to share. For example, until I started adding link references to this page, I had clean forgotten about Ecosia, a search engine that uses 80 percent of its revenue to plant trees, is a bit less Big Brother-ish than G##gle (it has a Do Not Track feature, won’t sell your data, based on Bing, so it works the same way), it has it’s shortcomings, but is basically a WIN-WIN as far as I can see.
And also it will provide an outlet for my “Shareware Ideas“. I have ideas but lack follow through. I don’t care about making money from those ideas, so if somebody else wants to pick them up & run with them, I’d bloody love it. Just please allow me to collaborate, obviously. For free, obviously.
collaborative
adjective
adjective: collaborative
evolution
noun: evolution; plural noun: evolutions

COLLABORATIVE. Cast your eyes around you. Everything that humans have acheived is via collaboration. Alone we are nothing but food for higher order predators.

EVOLUTION. Fighting the universe’s natural tendency to entropy & decay, to actually get better suited to our purpose or niche. Not just fitter to pass on your genes, but actually to make the universe a tiny bit better, one smile, one helping hand, one compliment, one person at a time.

An average person will know 1000 people-ish in their lifetime, that in itself is a lotta influence, if you can lift rather than destroy folks. But those 1000 folks also know another 1000 folks, which puts you one step away from a million folks, cos stuff gets passed on, be it good stuff like a smile, proven to be contagious, or bad stuff like abuse, as abusers tend to have been abused themselves.

The first part of the problem, we evolved over quite a long time in real scarcity, “kills you really quickly” kind of scarcity, and so we developed a competitive, Win-Lose, “If your family die of starvation, there will be more for my family to consume” kind of mentality.

Our problems only really manifest when the second part of the “problem” occurs, and that is the rarity of any form of scarcity in todays modern world. The only scarcity is created for profit, but more on that another day.

Food is so NOT scarce, and now delivered to your door, that life expectancies in developed countries are actually dropping. We are no longer Hunter / Gatherers, earning our meagre calories for the day through a good deal of hard work, but are now AppDiallers of huge amounts of sugary, carb fuelled calories delivered to the settee/bed/lounger of choice.

Money is an illusion. It is only scarce when “Austerity” suits, but is magically produced out of nowhere for Track & Trace, dodgy PPE contracts, tests that don’t work & HS2. The $60 trillion allegedly in circulation doesn’t in fact cover us all to be millionaires, as per the Urban Myth, but merely gives us 8 billion-ish folks about $7,500 each. The Bank of England produces 3% of the money in the UK, the Banks create the other 97% from debt. There will never be enough money to pay back the debt.

Yet for most people, as they leave religion behind, MONEY is the new God. Corporatist, consumerist, propagandised madness, a path which leads to hell on earth. A never ending hamster wheel of earning to consume, a life devoid of  any real meaning, and a mental health pandemic. A real one. Not a “Created for Profit” one, like we have all just lived through, the biggest transfer of wealth upwards to the tiny minority in the history of mankind.

Money is merely a store of your reward for your labours and efforts, with a promise of sufficient stability in the future to make storing worthwhile, to enable exchange of goods and services. All built on our communal belief in the convenient illusion that this Monopoly Money carries value. It does not. Our belief in it does.

We need to wake up, stand up, work together. Let the illusions created by a lifetime of propaganda, via “Education” (really Indoctrination, which is why I quit teaching after 15 years), the Mainstream Media (bought & paid for by Corporations) & skewed societal expectations fall away.

One of my favourite quotes is “LOVE IS A COLLABORATIVE WORK OF ART” which I’d like to tweak just slightly, if I may?

“LifE IS A COLLABORATIVE WORK OF ART“.

This is very much a work in progress, an embryo of an idea birthed, and I want it to be a  collaborative effort, with a diversity of input, from a range of free thinking, open minds. If it resonates with you, call me on 07897 246779 or email me at immhtr@gmail.com and let’s collaborate.

Really knowledgable and helpful with great customer service – Jamie is our go to guy for electrical elements. 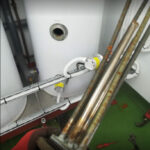 Thank you once again. Amazing service. Even at 2100 hrs they still answer the phone .Legends. Will be using for future works. Recommend to everyone.

We have been using heaters from Jamie for over three years now.
Excellent service every time!
We use them on our process plants that are sent out to Africa.
All the heaters are still going strong after three years of daily use.

Jamie sourced is two bespoke heaters in 2 days others were quoting 14.
Very helpful and couldn’t do enough for us.
Highly recommend using them

We are very happy with the immersion elements we’ve purchased from you (2 18KW incoloy elements for use in a brewery setting). They get heavy use, and after 6 years on the one and 1 year on the other they both work as well as the day we installed them. The outer cover gets quite a bit of spray and we’ve never had any water intrusion. Combined with the service we received on ordering, and the price point, we really couldn’t be more happy. Thank you.